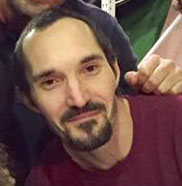 Taylor Pollock pressured and manipulate my friend into a relationship after she turned him down several times and was very controlling, manipulative, demeaning, threatening, and manipulative if she tried to leave or just be friends. He said he did not have any stds, but most likely knew and was lying. He claimed to have slept with over 60 women and has a history of sexual coercion and sexual predation of women. He also sleeps with his "sister" (not blood, but still), even though he manipulates other women into relationships so he can sleep with them and most likely lies about having an std (genital herpes/ HSV2).

He was a very controlling and manipulative asshole who would not accept no for an answer to if she wanted to be in a relationship or not, made it practically impossible to just be friends, manipulates lonely women seeking friendship to be used for sex, lied about having an std, insulted and threatened her if she tried to leave, and would not allow her to end the relationship until after having sex.

After my friend finally escaped the relationship, blocked him, and told the cops about his threates, my friend got tested for every STD under the sun. My friend and her only other active sexual partner were both tested. Her only other active sexual partner tested negative, but she tested positive for HSV2 after the relationship. Before the relationship, she tested negative for all STDs. There is no way the genital herpes HSV2 disease could have come from anyone else besides Taylor Pollock. He also knew she had an auto-immune disorder, struggled for years to fix several health issues, had personal reasons for not wanting to be in a relaitonship, and apparently didn't care.

My friend informed him via text in spring of 2019 that he had herpes. Just to make sure he was aware, he was also informed on Facebook private messenger in 2020. He definitely saw and is aware he is infected because he blocked the account informing him, which indicates a response. #taylorpollock #genitalherpes #carrollton #texas